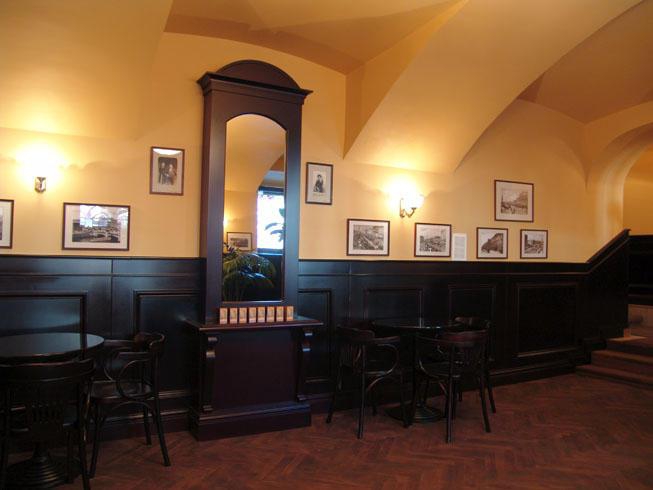 Stolle takes its name from the traditional Christmas pies made in Saxony, and coincides with the family name of the founder's grandmother - two associations he decided would be perfect for his cafes! Traditional Russian recipes are used to create the pies, which come in a range of savory, sweet and seasonal flavors. Try the rabbit and mushroom pie for a filling winter meal, or cherry pie in summer and cranberry pie in autumn. The interiors have been designed in an elegant late 19th to early 20th century style, complete with oak parquet floors, brass chandeliers, and leather sofas. The first cafe opened in 2002 on Vasilievskiy ostrov and now number eight throughout the city, as well as cities throughout Russia, Central Asia and the Baltic states.