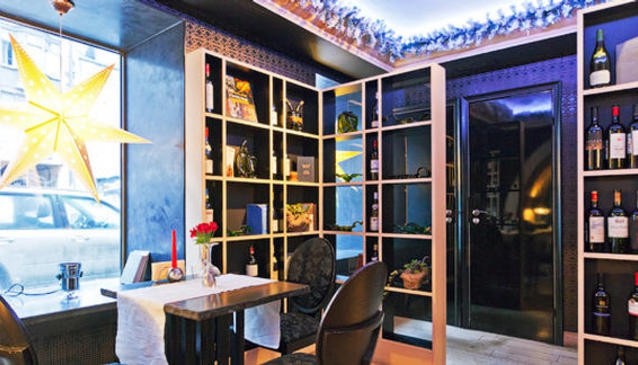 You won't get lost trying to find this restaurant, as the name is all the address - Belinksogo 6! Located equidistant from four metro stations (Gostinny dvor, Maykovskaya, Chernyshevskaya and Vladimirskaya), the street got its name in 1923 Petrograd when the city was starting to put the worst of the revolutions and civil war behind it and was looking forward to a bright new artistic and cultural future. The interior harks back to this era, decorated in an eclectic Petersburg style moderne with modern touches.

The menu has been created by famous local chef Aleksandr Fomenko (also responsible for Maghrib, Tinkoff, Parusa and Zoom cafe), is based on Italian cuisine with Spanish tapas and the de rigeur Asian wok dishes. There is an extensive wine list which has been put together by the Parusa restaurant's sommelier, Yury Schupko. The lunchtime we were there we had soups and salads, but these exceeded expectations as much in the volume as the freshness and quality of the ingredients. Look out too for special menus and offers themed for local holidays, such as International Women's Day, Lent, and Valentine's Day.