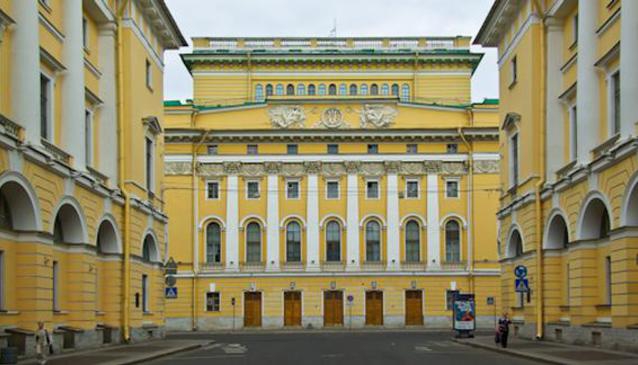 In an imposing position set back from Nevsky prospekt and overlooking Ostrovsky Square, the Aleksandrinksy Theatre was the main imperial theatre in the Russian empire from the 18th to the 20th centuries. The building dates from 1832 and was designed by architect Carlo Rossi and was named in honor of Tsarina Alexandra Fedorovna, the wife of Nikolai I. The theatre is the centerpiece in an ensemble of Rossi buildings which are inscribed on the UNESCO World Heritage List. Some of Russian drama's most prominent and influential plays were premiered here, including plays by Griboedov, Ostrovsky and Chekhov (the Seagull, for example). Following extensive reconstruction, the theatre re-opened in 2006 and has been restored to its former imperial glory. All performances are in Russian, but the staging of many is such that you can still enjoy the performance without a strong knowledge of the language. Tickets can be purchased from booking offices around the city, or from the theater's own box office.