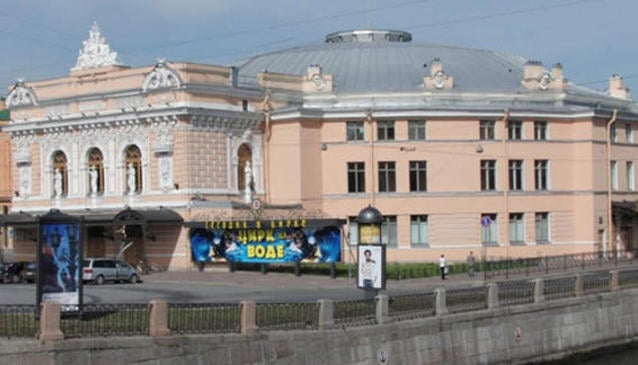 It's fair to say that the circus as a form of entertainment went out of fashion in western Europe and the US some time around the time video killed the radio star. Fashions in entertainment and society more generally (think animal rights) moved on, and the circus world seemed to be stuck in a rut. But the tradition was continued by the Soviets and today is alive and well in Russia, not as popular as it once was perhaps, but taking all the right steps to move into the 21st century. The Bolshoi St Petersburg State Circus was the first stone stationary circus in Russia, opened in December 1877 and one of the most beautiful circuses in Europe at the time. It was constructed by an Italian circus family called Cinselli, and was decorated in luxurious crimson velvet with gold trimmings and mirrors. The shows today may lack the ambition of the circus heyday, when a water show called the Four Elements included water rushing down in a cascade and fountains gushing around the arena. Deer, elephants and horses with riders swam in the arena lake and various technical novelties were demonstrated. But they're sure to entertain the kids and remind the adults of a more innocent time.