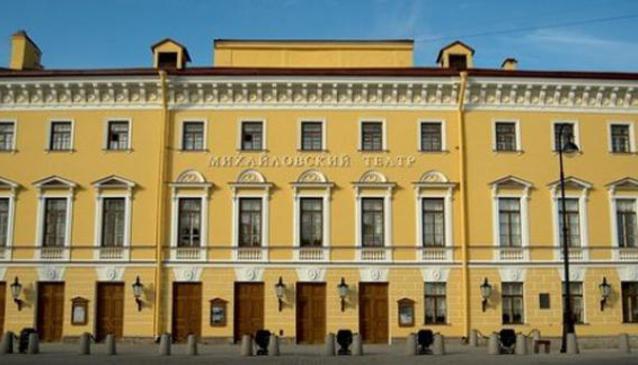 Originally the focus of all French cultural activity in the city (at a time when French was spoken by the upper classes more frequently than Russian), the Mikhailovsky Theatre was named after Tsar Nikolai I's brother Grand Duke Mikhail, whose palace (the Mikhailovsky Palace), lies opposite, and both of which sat on the square named - you guessed it - Mikhailovsky (today known more simply as Arts' Square due to the prominent theaters, museums and concert venues surrounding it). During the 1920s and 1930s, the theater was known as a laboratory for Soviet opera; Shostakovtich's Lady Macbeth of Mtsensk was premiered here in 1934 but provoked such a storm of official disapproval (including, it is rumored, from one J.I. Stalin himself) that the opera was banned for almost 30 years and renamed Katerina Izmailova when it was finally revived in the 1960s. Today the theatre has been the beneficiary of some major financial investment on the part of its General Director, local tycoon Vladimir Kekhman, and while some artistic types may question his sometimes direct involvement in the artistic management of the theater and its performances, there can be no doubt that he has breathed new life into the place and should be recognized for this achievement.

Tickets can be purchased at ticket offices throughout the city or direct from the theatre's box office.