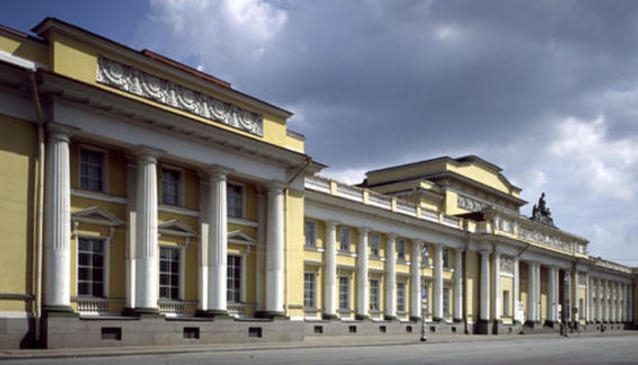 Directions to Russian Museum of Ethnography

The Russian Museum of Ethnography is devoted to the study of the history, culture and society of the more than 150 peoples who have lived on this vast territory for generations. Many of these peoples remain all but unknown to western visitors to this day, and so a visit to the museum is sure to give a renewed appreciation of the people that make up this vast country.

Originally conceived by Tsar Alexander III, it was his son the last Tsar Nikolai II who created the museum after the untimely death of his father to display and catalogue some of the national and folk treasures, arts and crafts under a single roof. Today the museum is a great scientific and research center containing in its collections some half a million exhibits and photographs relating to the native peoples of Russia. It aims to preserve the past and present some of what has been lost to today's population. There are special areas devoted to the peoples of European Russia, the Urals and Volga regions, Central Asia, the Caucasus, Siberia and the Far East, as well as exhibits tracing the history of the Jewish people on Russian territory and plenty of stunning jewelry in gold and precious stones in the Treasury.

The Museum is open daily except Mondays and the last Friday of every month. Opening hours are from 1030 to 1800, except on Sundays and public holidays when the museum closes at 1700. Sale of tickets stops one hour before closing time. Guided tours are available in English to groups, check with the museum for times if this is of interest.