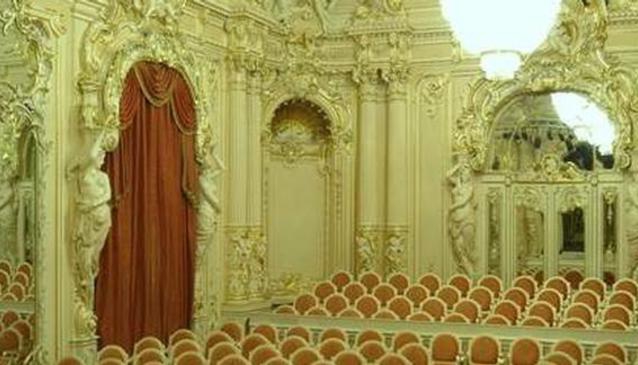 The St. Petersburg Chamber Opera Company was established in 1987 by Yuri Alexander, who remains the company's creative spirit and main director. The company is located in the quirky but spectacular building of the Baron Von Derviz mansion on Gallernaya street, and boasts an extensive repertoire known for staging recreated and little-known historical works such as

Donizetti's Rita, Bortnyansky's The Falcon, Cimarosa's Il matrimony segreto and Shostakovich's Gamblers. A sensation on the European music scene, the premiere of Donizetti's Pietro il Grande about the eponymous ruler was premiered in 2003 at the city's tercentenary celebrations and marked the start of a new era in the history of the company. The Theatre has toured to Finland, Switzerland, Germany, the USA, Moscow and many other cities throughout Russia. Performances also held regularly in the Hermitage Theater. The mansion is also available for private hire.