The House that Peter Built

Peter the Great is to Russia what Napoleon is to France and George Washington to the US. He modernised his state and created institutions and practices that are the basis for the modern Russia we know today. Without Peter, it is unlikely that the country would have become the powerful political, economic and cultural force it has been for over 300 years. He was a towering historical figure (in Peter’s case, at 2 metres, quite literally so) and a man of prodigious appetites, who fathered 14 children (of whom only three survived to adulthood) and was notorious for his heavy drinking bouts which could last for days. Peter was known as a moderniser, dragging his country out of the medieval mire it seemed to be stuck in and into the progressive and enlightened ways of the rest of contemporary Europe. This was most effectively symbolised by his adoption of the Julian calendar, and his enforced dress and appearance codes such as banning beards and the traditional robes worn by the Moscow boyars.

His influence extended to all areas of social, civil, political and military life. During his 29-year reign (43 years if you include his time as a child Tsar), he reformed the government, creating a senate as well as other bodies designed to provide checks and balances in the work of the body politic, subordinated the powerful Orthodox church to the state, created new regional administrative boundaries, reformed the tax code and consolidated the position of the new nobility. He created and supervised the construction of the Russian fleet and founded Russia’s first regular army. No armchair general, he successfully led military campaigns against the Swedes and the Turks, suppressed a number of domestic uprisings, and always took a great interest in military matters. 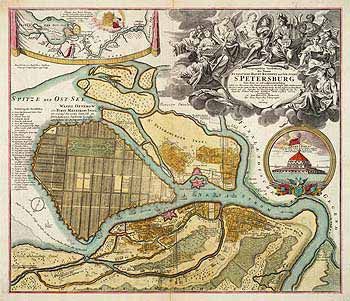 He promoted educational reforms such as the adoption of a simplified alphabet and the required study of maths and geometry, and was responsible for the opening of the Russian Academy of Sciences. He introduced innovations in industry (particularly ship-building, his personal passion), trade and culture which he had witnessed first-hand during his trips to European countries such as England, France, Holland and Prussia.  As Pushkin describes it, his aim was to ‘open a window onto Europe’ and his economic policy was founded on the basis of infrastructure and manufacturing development. The key factor under-pinning many of these reforms and innovations was the founding of his city, St Petersburg, on lands captured from Sweden along the Baltic Sea, thus physically and spiritually ensuring that Russia became a legitimate European power. He transferred the Russian capital from Moscow, at that time associated with medieval Russia and its backward cultural and spiritual beliefs, and was instrumental in the creation of a unified Russian empire, with himself as the undisputed head of this newly powerful, absolutist state. This was no mean achievement in itself, as the early days of his reign were characterised by complications over legitimacy – for a number of years he shared power with his half-brother Ivan while both his mother and half-sister were regents who held real power until they were removed from the scene, by death in the case of his mother and enforced entry to a nunnery in the case of his sister.

Without doubt it is the city which is Peter’s finest physical legacy. Although often described as the Venice of the North, in fact Peter’s inspiration was Amsterdam, a city he knew and loved. The St Peter & Paul Fortress, built on the foundations of a small wooden settlement constructed by the Swedes, was the first construction in the city and so called because it was on the feast day of the two saints that the foundations were laid. From there the city spread out first to Petrogradskaya and Vasilievskiy Island, and only then on to the mainland across the Neva. Working conditions were notoriously brutal, with disease, ill-treatment, overworking, poor nourishment, extreme cold and roaming packs of wolves all playing a role, although in spite of legends to the contrary there is nothing to suggest that the death toll was unusual for the times. In order to satisfy the foreign architects’ designs for stone-clad canals and embankments, Peter banned all stone construction not related to the project throughout the country. Within a few short years, a marshy foggy delta had been turned into a magnificent city of palaces and parks, wide avenues intersected with a grid of canals; the Dubai of its day. 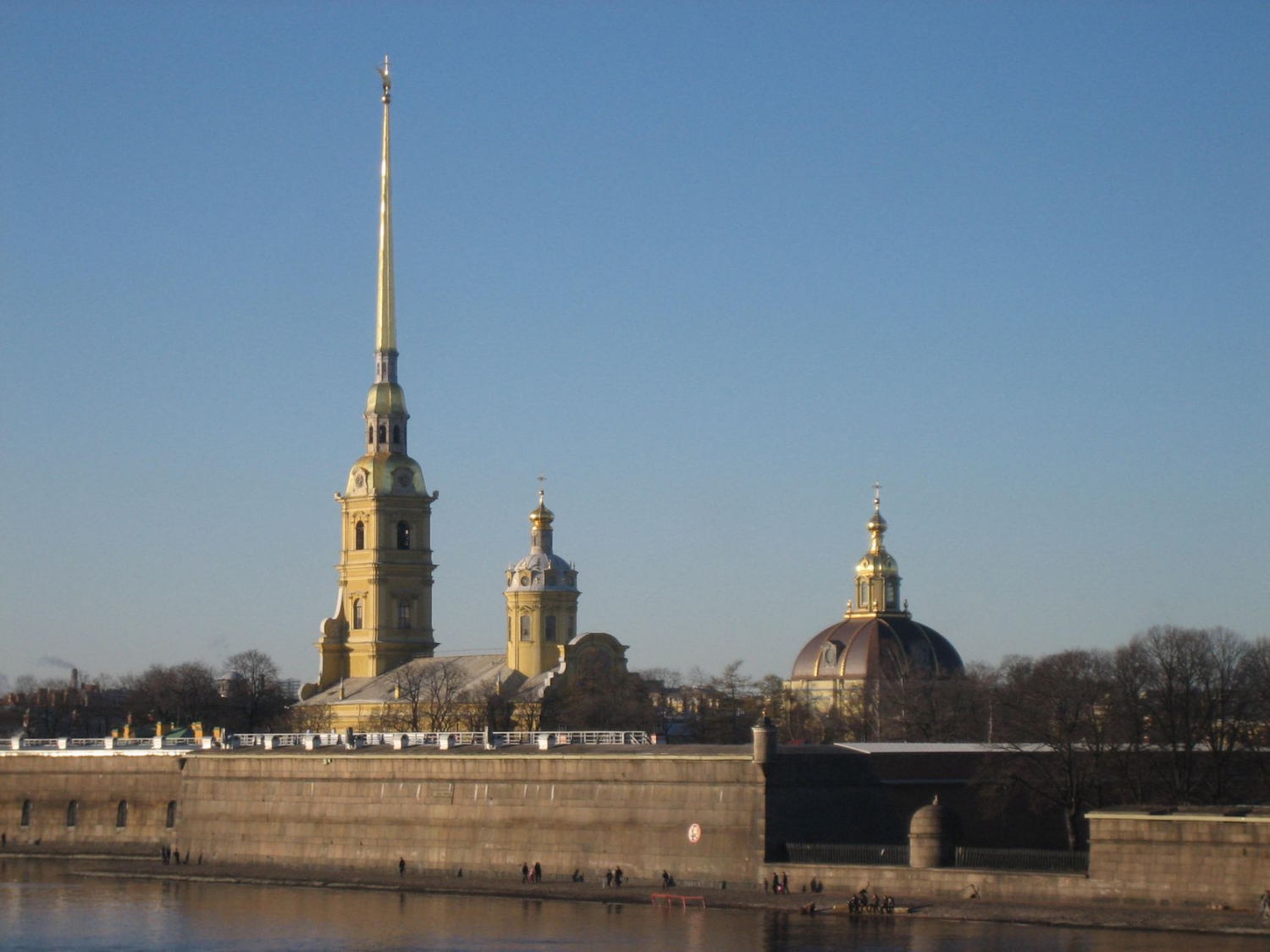 There are a number of locations which have been preserved and which recall Peter the Great’s life and times and should be visited during your stay. The most important of these is undoubtedly the St Peter and Paul Fortress located on Hare Island and accessed from Petrogradskaya. It’s hard to miss the golden spire of the fortress’ cathedral which towers 122.5 metres above the city, and even in winter seems to catch whatever few scant rays of sun are able to break through the clouds. Here lies Peter the Great and most of the Romanov dynasty that succeeded him, most recently the last Tsar Nicholas II, his wife and family whose remains were transferred here only in 1998 from the forest in which they had been hastily buried following execution in 1918. Often described as a “Russian Bastille”, the fortress served as a prison for political prisoners for many years, including the Decembrists, many Bolsheviks and revolutionaries, Grand Dukes and Imperial officials and famous historical individuals as varied as Fedor Dostoevsky, Leon Trotsky, and even Yugoslavia’s Marshal Tito. You can easily spend half a day here wandering around the fortress, which includes the city’s first mint, a boat house, a controversial statue of Peter, and various museums and exhibitions. Every day at exactly midday a cannon is fired from the Commandant’s Pier which can be heard clearly across much of the city centre, a tradition dating back to 1736. The fortress even has a small sandy beach where bathers in the Neva (not recommended) can be found throughout the year, and which hosts other activities such as sand castle competitions and swimming races.

Close to the Fortress, a short walk west along the Neva embankment brings you to a small house known as Peter the First’s Cottage. This is a modest wooden building constructed over 3 days in which Peter himself lived and from which he was able to watch the construction of the Fortress. The house is now a museum including many artefacts from Peter’s day, and even personal possessions such as a pipe and clothing. The most significant fact about the building is its modesty – Peter himself was not one for living extravagantly, and preferred to live in Spartan conditions that many of his predecessors and successors would have found unbearable.

Crossing the Neva via the Troitsky Most will bring you to the Summer Garden and Summer Palace. This was the first park to be founded in the city in 1704, and Peter took a great deal of interest in the project, hiring a Swedish gardener and suggesting that statues be included throughout the garden. To this day there are few places in Europe or beyond where you can find 90 or more garden statues, as you can here. Bordering the Summer Garden is the Summer Palace, where Peter lived with his wife and family during the summer months. Constructed in 1714, the palace is a relatively modest two-storey building in the Dutch style, used by the Soviets as a dacha for visiting dignitaries and party functionaries, and today housing a museum. 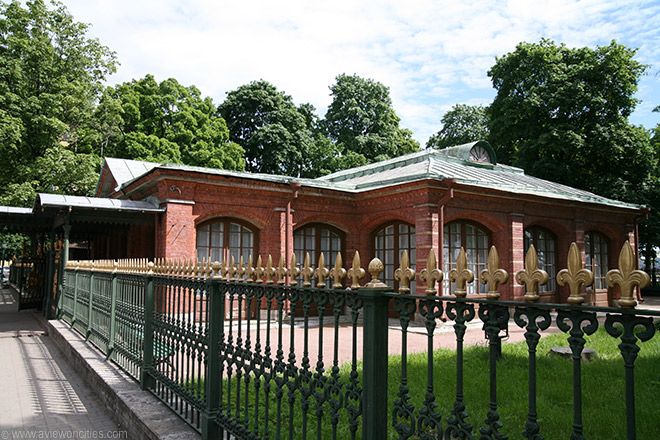 In the 18th century it was common for rich young men to collect all sorts of weird and wonderful things while they travelled round Europe. Peter was no exception, and his collection became the basis for Russia's first museum. Today the collection is housed in the magnificent Kunstkamera building on the north shore of the Neva, a distinctive blue and white three-storey building with a central tower. The museum was established by  Peter in 1719 to house his collection, although the building was not completed until after his death. It housed Russia's first observatory, anatomical theatreand a museum.The noted scientist and polymath Mikhail Lomonosov worked here for many years, and when in 1724 Peter founded the Russian Academy of Sciences, it was in the Kunstkamera that the academy found its home. Today the museum collection of over 2 million pieces houses many oddities of nature that we may find distasteful, such as a calf with two heads andathree-legged child, but there is much of interest too.

Peter's legacy can be found further afield too. Peterhof, 'Russia's Versailles', was founded in 1710 as an imperial country residence and Peter had Versailles in mind when he designed the palace and park ensemble. Although the palace and gardens have been altered and added to by several monarchs over the years, you can still find traces of Peter in the oak-panelled room in the main palace which served as his office, and in the small Dutch-inspired Monplaisir cottage on the shores of the Gulf of Finland. From Peterhof on a clear day you can also see the fortress of Kronstadt, located on Kotline Island about 20 kilometres into the Gulf of Finland. Recently joined to the mainland for the first time by a ring road stretching across the shallow waters of the Gulf, the fortress was founded by Peter shortly after the island was captured from the Swedes, and fortitifed shortly thereafter. From 1720 the island was the location of the main naval base of the Baltic fleet.

Finally, possibly the most iconic image of Peter is one created long after his death. The statue of the Bronze Horseman is one of the symbols of Imperial Petersburg, and stands at the heart of Senate Square. It features Peter the Great on the back of a rearing horse, his hand outstretched and a serpent trampled under hoof. The statue was commissioned by Peter's successor Catherine II and created by Etienne Falconet over 16 years, finally unveiled in 1782. The stone plinth alone weighs 1.5 million tonnes and was originally found in the village of Lakhta, where, according to legend, Peter would stand on the rock and watch the ongoing construction of his city. The monumental scale of the statue remains a fitting tribute to Peter, undoubtedly Russia's greatest ever leader. 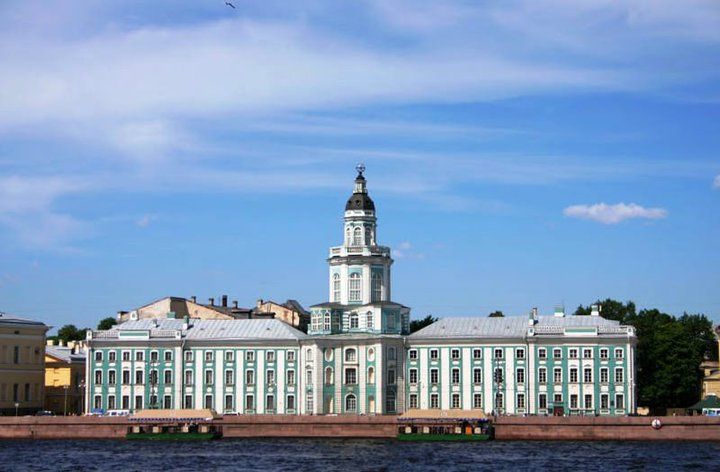